A downloadable game for Windows

It’s Dwarftoberfest! Each year, every Master Brewer await for this famous event to show the world that their beer is the best of the best.

Every day of the festival, manage your tavern by achieving quick time events to make good beers, serve it to the dwarfs and put up with their reactions.

Controls a dwarf master brewer who wants to prove himself . Serve beers and interact with the dwarfs !

Use E for interaction

Use G to spray with the Spray bottle

Use the left stick to move around

Use the A button for interaction

Use the Right button to spray with the Spray bottle

You can brew beers such as the Rince troll, the goblin hanged or the axe of the belly can be made with a QTE to produce beer. It has a certain degree of quality which varies according to the number of errors that there were during the realization of the QTE.

Once the QTE ends the barrel can be dropped anywhere. Placing the barrel in one of the beer drawers fills this one.

Once the printer is full, it is operational! Ready to distribute beer in abundance for the thirsty dwarves of your tavern and those in unlimited quantity!

Well almost…. 5.... Okay, well, you're going to spend your time brewing beer but all the better, right?

Any hard work to satisfy the dwarfs' thirst for beer deserves pay! The player earns money by giving the dwarves beer. The amount of money varies depending on the quality of the beer and whether it is the type of beer the dwarf wanted.

The dwarfs each have their mood, emotions and feelings Yes there is a heart beating under this big beard full of lice. These emotions change depending on the beer served (it's magic) but also interactions with others dwarfs. These emotions designate the events that the dwarfs may provoke and transform your tavern into a merry mess!

The emotions of your customers are not to look pretty. All this will give life to your tavern and excess is like a hangover: it's not good. If your dwarfs get too angry, expect a fight or one of them to line your beautiful waxed parquet with the contents of its casings. And yeah being a tavern keeper is not easy. 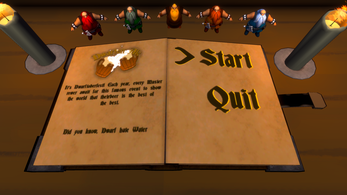 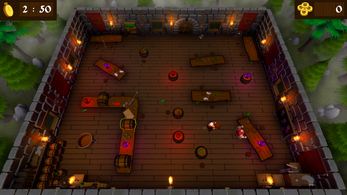